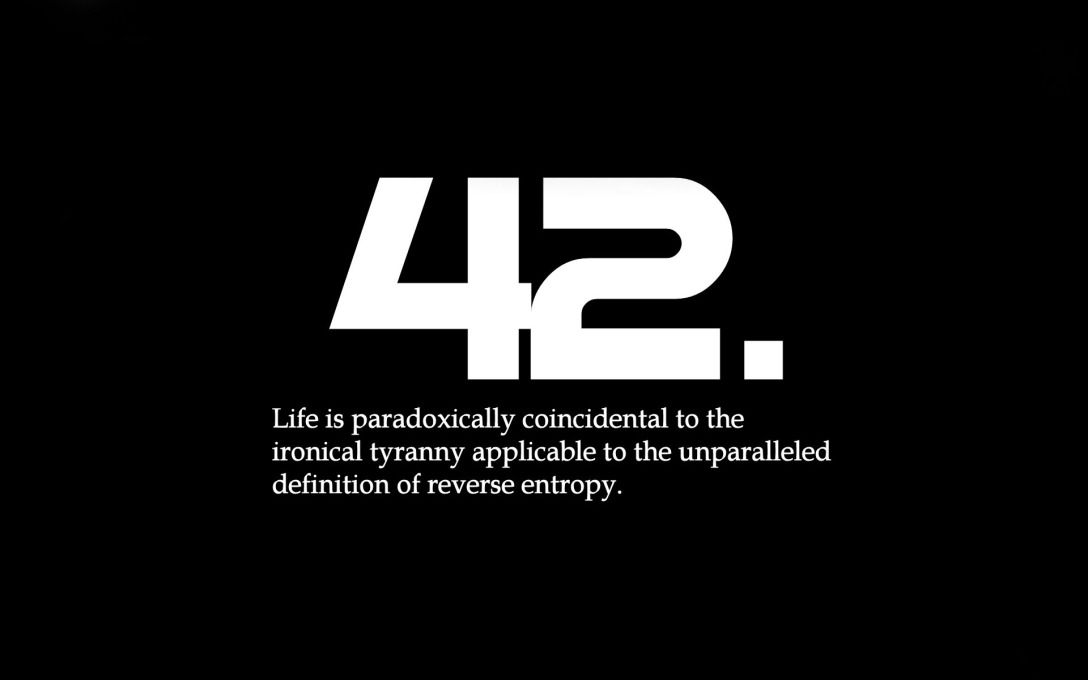 The Ultimate Question might be, “How many brushes does a divorced family with three pre-teen girls require?” Seems like a mundane question. I would think it a mundane question, but it has turned out to be much more interesting than I thought. I bet the answer will surprise you.

The answer, apparently, is ten (not forty-two, which is another arbitrary answer I might have guessed, as a fan of The Hitchhiker’s Guide to the Galaxy, and a connoisseur of the absurd).

Ex and I currently have shared parenting.  In our case, that means that for fifty percent of the time, I raise my beautiful girls. For the other fifty percent of the time, they live at the house Ex’s parents bought for him. They are raised by their grandparents, who commute from Calgary, three hours away, and live in the basement when my girls are at Ex’s home.  Seventy plus years old, raising three pre-teen girls.

Don’t get me wrong. Ex looks after them to the best of his ability. He has supplied them with an Xbox 1.

My girls have fine, long hair. They hate brushing it. It becomes matted. From the back, they look like Dickensian street urchins. The eldest grew out of messy haired-ness, as I knew she would. I have no doubt that the other two would have as well, given the chance.

I googled “Dickensian street urchin pictures” to show you what I mean. This is the adorable result. Apparently, even Dickensian street urchins managed to brush their hair. Perhaps a reference to 19th Century portrayals of the insane? I looked. It was just disturbing. Imagine something in between, then, okay?

At any rate, they never got the chance to grow out of this modality (stage? I don’t know. This situation is so silly I don’t have a label that fits). Ex’s mommy saw to that. Apparently she is the arbiter of all things hair related for my kids. Yes. She cuts their hair against my (their mother’s) wishes.

I was waiting for enough money to take the two youngest girls to get their hair cut. I was in no hurry. They both wanted their fringe to grow out, and their hair is healthy. So there I was, entreating them to brush their hair, but ultimately satisfied to let them sort out the matting issue with time and maturity. It was kind of like potty training or breastfeeding. I figured that none of them would go to university (or whatever) wearing diapers, sporting matted hair (sans dreadlocks) and hanging off my breast. No hurry. These things work out just fine.

They returned to me one week with their hair cut. This, after I had spoken to Ex about my wishes. And who disputes a mother’s role as hair person in their little girl’s life? Okay. It looks nicer now. But they still don’t brush their hair. Lesson learned? Appearance is all important. They do not have to be responsible, or experience any consequences. Look normal, and everything will be okay. Gramma-Ex will make sure, and everyone will be safe, and appear sound and socially acceptable.

This is where the brushes come in.

Gramma-Ex did something right. It happens.

She found the ultimate brush for my girls. It works, and they like it. It comes in spiffy colours. Awesome.

Children are apparently not competent enough to manage their hairbrushes, their hair, or any of their belongings. Gramma-Ex will, at all costs, protect them from the dangers of simple consequences.

Where x is Whatever Gramma-Ex Says

Don’t be a smart ass.

Take their brushes to Mom’s house and forget them? Unthinkable. Lose them at the pool? Not with Gramma-Ex. Maybe with Mom. Mom will hold the girls accountable. Gramma-Ex will protect them.

Against: Every. Little. Thing.

So there we are, four females in a house and one acceptable brush. Well, I can manage, but now I have to monitor the brush’s whereabouts. They do, occasionally, make some effort to use a brush, and my eldest brushes her hair (gasp!) every day.

One brush does not work for us. I feel I need to state the obvious. There is, after all, a household of three adults at Ex’s who think it’s fine, so maybe there are other people in the world who are of the same ilk. Probably not, because that sort of person would likely hate my blog and not read it, but there it is, just in case.

I have mentioned the brush issue before. My cousin reads my blog (Hi you!). Her husband is a hair stylist. They knew the brand of brushes, and graciously sent me three. For my girls. I don’t say “for my house”, because when I give my girls something, it belongs to them. THEY are responsible for it. I help them learn, but ultimately it is up to them what they do with their stuff.

Okay, there was the time in kindergarten. I was away. Gramma was in charge (She wasn’t Gramma-Ex yet. Oh, and notice Ex was not left in charge). I always sent regular cutlery to school. While I was away, apparently one spoon did not come home. Gramma immediately purchased a bag of plastic spoons and forbade the girls from taking regular, reusable cutlery to school. I returned and got rid of the plastic spoons – recycled them. A petroleum product died in vain, that day. Wasteful.

No spoons have gone missing since, and if they did, I’m pretty sure we’d all learn a teeny lesson and move on with our lives.

Back to brushes. I know. You were probably engaged with the whole cutlery saga, thinking,

I hope there’s more about cutlery coming up!

But that’s it folks. This blog post is about brushes.

The brushes from my cousin arrived while my girls were at Ex’s. This, by the way, was months into living with one brush in our household. The girls returned. They were excited. Gramma-Ex had bought three more brushes. They were brushes for our home.

And that, my dear readers, is Gramma-Ex math.

When my girls each turn sixteen and start driving, if Gramma-Ex thinks each one needs a car, how many times will I have to make a trip to Bike Works to get new brakes for their mountain bikes?

“Bike Works”, by the way, refers to this little bit of awesomeness in our community: http://edmontonbikes.ca/services/bikeworks/

I am a blogger and freelance writer. I blog to inform, entertain, and hack away at stigma related to mental health. View all posts by Mirror Phoenix

7 thoughts on “An Embarassment of Brushes: “co-parenting” after separation and divorce”

I'm excited to hear from you. Comment here! I won't let anyone bite you. Cancel reply

This site uses Akismet to reduce spam. Learn how your comment data is processed.